The New Business of Paradigms: Two Videos in One With Joel Barker Spanish Version 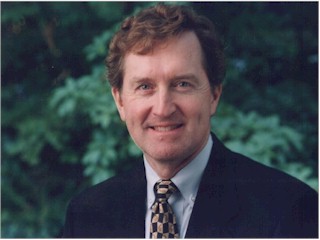 Joel Barker is the king of the paradigm shift. He has spent his entire career helping companies deal with change and recognize when these shifts occur. A paradigm-shift is a radical change in a conventional thought pattern. Organizations need to be constantly vigilant so that they don't miss these shifts and fall behind their competitors. One of the examples Barker uses In the Business of Paradigms is the example of the Swiss Watch industry rejecting digital technology and then eventually losing most of their market-share to Japanese watch makers illustrate this phenomenon.

Joel Barker's The New Business of Paradigms retains the same powerful stories and examples from the original program but repackages them with a current look and feel.

When you purchase Joel Barker's The New Business of Paradigms, you will receive this timely new video that we call The Classic Edition, plus a second new video, The 21st Century Edition, absolutely free. This edition offers all new examples and stories to illustrate recent paradigm shifts. With two new videos on change, your training opportunities are limitless.