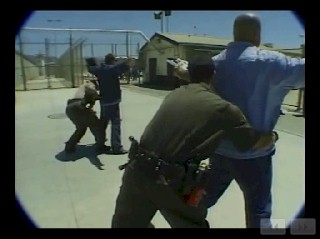 Ask a question about this product
Produced in 2002.

It's a given in correctional facilities - inmates attempt to entrap staff members by using psychological con games. Initially an inmate examines the officer for weaknesses. If an officer appears vulnerable, the inmate begins working his manipulations and the unwitting officer soon finds himself in a compromised situation. In this video, scenes between correctional staff and inmates show clues inmates look for in selecting a target, detail how an officer is set up, and follow steps inmates take to spring the trap - attempting to force the officer to bend rules in their favor. The program also shows steps officers should take to ensure they do not fall prey to inmates' manipulations.