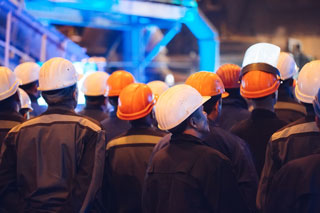 It’s not uncommon for states to have established their own versions of the Federal WARN Act. California is one of many states to develop a similar law, though, like many California state laws, it provides more broad worker protection than the federal WARN Act does. If an employee feels that their employer in California violated the State’s WARN Act, they will likely seek damages under the state law instead of the federal law. For this reason, California employers need to be knowledgeable about the requirements of their state’s WARN Act.

How is the CA WARN Act Different?

Though both the federal WARN Act and the WARN Act within California seek to protect workers from large layoffs and plant closures without sufficient notice of at least 60 days, California’s law applies in more situations and offers a few more protections for workers within the state.

In California, sending notice of mass layoffs, plant closures, or required relocation can be done via email or direct notification that is designed to track a receipt of the notice, such as first-class mail. Each notice to the state and local government officials, which is required under the law, must include the name and address of the impacted employment site, contact information for the company representative, a statement about the length of impact, the first date of separation, impacted job titles and the number of employees under each title, the name of any union involved, and the name and address of the chief elected officer of those unions.

If an employer is found in violation of California’s WARN Act, it will be liable to pay a $500 penalty for each day of violation, as well as back pay for the window of notice that should have been given, up to 60 days. Employers will also be required to pay benefits during that notice window and any impact that those missing benefits created, such as medical expenses that would have been covered under the employee’s health plan.