The Scourge of Electronic Harassment 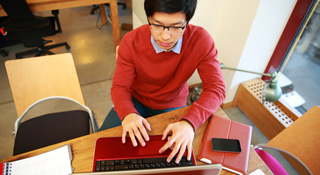 Category: Articles
Author Name: TrainingABC
Posted: 06-24-2021 04:36 AM
Views: 819
Synopsis: Learn how electronic communication has changed the way harassment is perpetrated in the workplace and every organization must change to combat this new source of workplace harassment.

A single piece of electronic communication can travel to multiple offices and be seen by thousands of people, exponentially increasing the legal exposure for organizations. It’s critical that every employee understands that their electronic behavior is subject to the same laws and organizational policies as their behavior in the office and in face to face communication. Offensive behavior is always unacceptable regardless of the delivery method. If a remark is offensive in person, it’s offensive when delivered electronically.

Electronic harassment is the use of computers, cell phones, or other electronic devices to threaten, embarrass, intimidate, harass, or humiliate co-workers or other persons in the workplace.

When electronic harassment is used to target members of a protected group and creates a hostile work environment, it can become illegal. Hostile Environment harassment occurs when a pattern of offensive conduct unreasonably interferes with an individual’s work performance or creates an intimidating, hostile or offensive working environment.

The federal government protects employees from harassment and discrimination based on race, color, national origin, religion, disability, family status (including marital status and pregnancy), sex (including sexual orientation, gender identity and transgender status), age (40 and over) and genetic information.

In addition, local laws and organizational policies prohibit the harassment of many other groups of employees.

The courts use the “Reasonable Person Standard” when determining if offensive conduct is illegal.  In other words, would a reasonable person find the behavior severe enough to create a hostile work environment? The law only looks at the perception of the victim.  The perpetrator’s intent is irrelevant in court.

Quid Pro Quo harassment occurs when a manager or supervisor withholds or awards job benefits on the basis of sexual favors. Quid pro quo harassment can also occur electronically.  For instance, a manager cannot withhold or award job benefits in an effort to force employees to send inappropriate pictures or engage in sexting.

Additionally, employees may not be made to endure harassment as a condition of employment. For instance, a manager cannot tell salespeople that they will have to put up with degrading jokes and pictures sent to them electronically because this behavior is commonplace in sales departments.

The law covers harassment between employees and non-employees such as unpaid interns or independent contractors. Additionally, harassment can be perpetrated by third-parties like vendors and customers. Harassment can occur anywhere that employees represent their organizations.  This could be in a hotel room, at a trade show, on a sales call, or even at home from a personal device.

The following are examples of electronic harassment that may create a hostile work environment and therefore leave employers potentially liable.

How to Stop Electronic Harassment
Retaliation
It is illegal to retaliate against someone for making or participating in a harassment complaint. This means that managers and employers cannot punish or discipline employees for filing or participating in a harassment complaint.
Likewise, non-management employees cannot bully, harass, intimidate, or threaten co-workers for participating in a harassment complaint. Even if the complaint is found to be without merit, the participants are protected if they had a good faith belief that harassment occurred.
Consequences
Electronic harassment and retaliation can result in disciplinary actions including written warnings, suspension, demotion, and termination. Electronic harassment can result in fines and judgments from the EEOC and millions of dollars in civil judgments.
Some types of electronic harassment may violate criminal law such as pornography or cyber-stalking.  Employees who violate the law could face restraining orders and even prison time. Electronic harassment causes decreased productivity, employee turnover, absences, and elevated medical costs due to added stress at work.
Harassment charges often affect future career advancement and may even hamper the ability to be hired by another organization. The loss of personal reputation and trust with co-workers, friends and family can be devastating and life altering.
Conclusion
Electronic harassment is a serious concern for employers.
It is essential for companies to protect their employees and avoid costly and embarrassing litigation by taking proactive steps to prevent such abuse.
All employees deserve a safe, comfortable, environment at work.  A workplace free of harassment and fear and full of respect.  It is up to everyone to do their part in preventing harassment.


Comments on The Scourge of Electronic Harassment