The Impact of Microinequities and Microaggressions in the Workplace (and How YOU Can Make a Difference!) 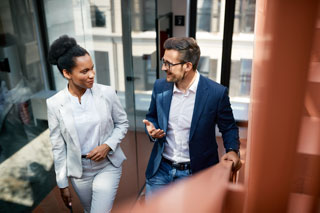 Category: Workplace Diversity
Author Name: TrainingABC
Posted: 11-26-2022 07:21 AM
Views: 714
Synopsis: Learn how to combat microaggressions and microinequities in the workplace.

If you’ve been in the professional world for any amount of time, you’ve probably witnessed or been a victim of a colleague’s behaviors that left you or someone else singled out, feeling disrespected, or even worse. Dealing with targeted behavior that attacks a specific person or group of people, or even navigating an unintentional miscommunication can be challenging. The best way to prepare is to understand how microinequities and microaggressions can manifest in even the simplest of ways and how to address them when they do. 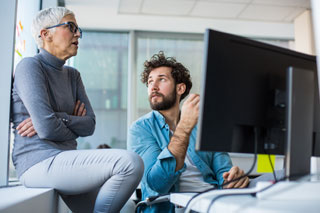 responsibility to ensure that your colleagues and team members feel safe, heard, and valued at work. The daily interactions that we all have every single day can start to seem trivial, but when we remember that there’s always a human on the other end, it becomes clear that these interactions can carry a lot of weight with how individuals feel at work.

The Weight of the Workplace

When you calculate how many hours you spend in the office or working virtually, you’ll probably be a bit shocked to see the results. The reality is that most people spend more time interacting with their colleagues at work than they do with the people they love most in their lives, such as friends, spouses, and even children. To stay motivated and engaged in any workplace, feeling safe and accepted is non-negotiable. Or at least it should be.

If we all want the same things when it comes to an equitable working environment, why is it that one study found that white-sounding names like “John” were 50% more likely to get job interviews than identical resumes under African-American-sounding names such as “Lakisha.” Why is it that a Deloitte survey of over 3,000 professionals showcased that 60% reported a presence of bias in their workplace?

Clearly, the math doesn’t add up, so it’s time to change how leaders think about inequities in the workplace when it comes to small, regular interactions. Microinequities and microaggressions are two phrases commonly used in this space, but they represent different things, and to make every workplace inclusive and safe for all people, understanding both is vital. 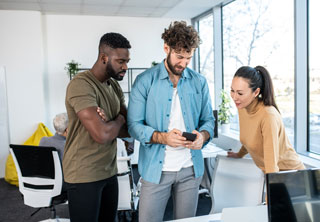 By definition, a microinequity is a specific behavior that makes someone feel less valued and safe in a specific space. Microinequities are often subtle, or even unconscious actions that easily get disregarded as “not a big deal” or “unintentional,” making the victim of microinequities feel even more isolated and unsupported. These messages and behaviors can be shown verbally, but also through non-verbal cues or actions within the workplace. When an individual gets singled out, ignored, or set back because of a characteristic that they cannot change, they are a victim of microinequities.

Microinequities can happen in many different settings, situations, and workplace dynamics. Let’s examine a few examples:

These are just a few examples of microinequities and how they can come out in full force in the workplace, but there are many, many more.

The Impact of Microinequities

While the perpetrator of microinequities is usually unaware of the impact they are having on their colleagues, it’s important to recognize that intent does not equal impact. If you have a colleague who let you know that how you cut them off in a meeting bothered them, instead of brushing it off as an accident, take a step back and consider your actions. Have you done this before? Is this colleague dealing with repetitive and harmful behaviors that come from you? If so, seek to make a change.

An added complication of microinequities is that they are easy to dismiss. If a person of color goes to HR and communicates 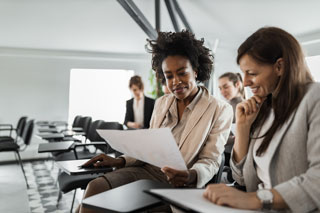 that they are a victim of microinequities because their manager is always late to their 1x1s, HR professionals can fail the individual even further by not validating their frustration and addressing their needs. Because microinequities are often unintentional, it can make resolving them even more of a challenge.

Though the lines can get a bit blurry between microinequities and microaggressions, a microaggression is a comment, action, or behavior that communicates bias or prejudice toward marginalized groups specifically. Because of unconscious bias and learned behaviors, microaggressions can be unintentional, but that does not mean that they are not problematic.

48% of Black women and 47% of Latina women have reported getting mistaken for administrative or custodial staff in their roles. This statistic alone shows just how widespread microaggressions can be, and the power they can hold. Sure, that one interaction you had where you accidentally asked a Black woman in accounting to refill the paper towels in the bathroom felt awkward for everyone, but it played a role in a larger, systemic problem that organizations are struggling to resolve.

Common Examples of Microaggressions in the Workplace

Though microinequities can technically happen to anyone, microaggressions target marginalized groups. These groups of people include people of color, women, members of the LGBTQIA+ community, people with disabilities, and more. Microaggressions can look like any of the following: 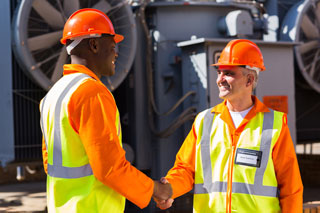 Again, the list could go on forever. Microaggressions are very real and very harmful in any setting, but in the workplace, they could derail someone’s entire career. Imagine setting someone back from achieving professional success because you didn’t take the time to learn their pronouns or respect their socioeconomic background. Your actions are too important to not take responsibility for, and if we truly want to get rid of workplace inequality, we’ll have to hold the people around us responsible, too.

The Impact of Microaggressions

If left unaddressed, microaggressions can weave themselves into the culture of your workplace. Consistently giving nicknames to people with names that you aren’t used to saying or mixing up two colleagues of the same race are not normal behaviors and shouldn’t be normalized or accepted in any workplace. But, unfortunately, this – or something similar – happens in many different instances.

As part of creating an inclusive workplace culture, leaders need to make sure their employees are protected from damaging interactions with clients as well. While it can feel easier to go with the “client is always right” mentality and avoid setting boundaries or correcting harmful behavior, protecting the well-being of your employees should always be your top priority. That priority should be underlined by your actions, your words, and the ways in which you advocate for your employees when needed.

Microaggressions in the workplace are harmful, costing employees the safety that they should feel at work, but they also come with a large financial cost, too. It’s estimated that the cost of workplace bias in the US has shot up to $64 billion every year. This cost only accounts for replacing employees that left due to unfairness or discrimination; it doesn’t even touch on legal fees or penalties that come when these biases turn into illegal behavior. 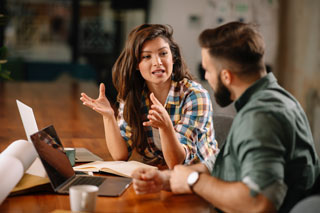 As a leader, taking time to address microaggressions and microinequities can seem daunting. Monitoring every small interaction that takes place is a fool’s errand, but changing the culture of your organization is one of the most effective ways to keep both of these harmful behaviors at bay. Start with your own actions; be acutely aware of how you interact with everyone on a daily basis, be open to feedback, and admit when you’re wrong or go through a learning experience. Your vulnerability will make everyone feel a bit safer on this journey to collective betterment.

One way to shift your culture for the better is to employ microaffirmations on a regular basis. When used correctly, microaffirmations can help combat feelings of isolation or frustration that are caused by microaggressions and microinequities. In the long term, microaffirmations can change how your teams communicate with one another, alter the points that people remember most from their workdays, and create an overall sense of belonging for everyone in your organization.

Microaffirmations are little actions that help affirm someone’s identity, validate their lived experience, forge a trust-filled relationship, or increase their sense of belonging in the workplace. The most beautiful thing about microaffirmations is that they’re hard to do incorrectly, so you don’t have to be worried about messing them up! They are entirely free to give and usually only take a few seconds, but the payoff? Priceless.

If you’re not sure where to get started, here are some ideas:

Microaffirmations are a great start to addressing microinequities, microaggressions, and workplace inequality overall. However, they’re just that – a start. Be sure to continuously communicate with your teams to find what’s working and what needs to change, lead by example, bring in outside resources to help your teams grow, and more. You know your organization better than anyone, but don’t let that dynamic stop you from making a change for the better. At the end of the day, every employee deserves to feel valued, respected, and safe when they are at work. Your #1 priority should be making that happen, whatever it takes.


Comments on The Impact of Microinequities and Microaggressions in the Workplace (and How YOU Can Make a Difference!)