The Constitution for Government Employees 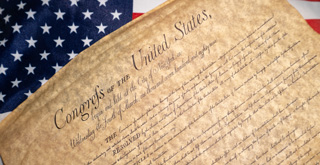 Category: Info
Author Name: TrainingABC
Posted: 07-12-2021 05:11 AM
Views: 595
Synopsis: All federal agencies are now required to provide education and training materials on the U.S. Constitution to new employees upon hire and to existing employees on September 17th of each year.

America’s first governing document, The Articles of Confederation, deliberately designed a weak federal government.  The states acted essentially as individual countries.  However, after several years it became evident that the country needed a strong federal government to conduct foreign policy and pass and enforce laws.

In 1787, a constitutional convention was formed with delegates invited from all 13 states with the intention of strengthening the Articles of Confederation, however in the end an entirely new document was written. Although negotiations were at times contentious, the final document was signed by the delegates, also known as the framers, and ratified by nine of the states in 1788.  Shortly thereafter, the first ten amendments to the Constitution, known as the Bill of Rights, were ratified as well. 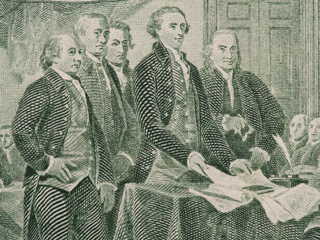 The new Constitution and the Bill of Rights defined the three branches of the federal government, enacted fundamental laws, and established basic rights for citizens.

The Constitution is divided into seven articles.

Article I also gives Congress the power to draft and pass legislation, create a military, declare war, and borrow money. Congress is also given the power to check and balance the executive and judicial branches.

Article II defines the powers of the executive branch. It describes the election of the President and Vice President, the qualifications for holding the offices, and the procedures to take if the President can no longer serve. It gives the President the power to serve as Commander in Chief of the Army and Navy and the power to make treaties with other countries.

In the Article, the President also gets the power to appoint (with the advice and consent of the Senate) ambassadors, officials, and Supreme Court Justices. The executive branch is given the duty to manage the day-to-day operations of the government through agencies such as the Departments of the Interior and Treasury.

Article III establishes the federal courts system. It puts the Supreme Court at the top of this system and gives Congress the authority to establish federal courts beneath it. The article lists the type of cases that the courts have jurisdiction over, gives judges lifetime appointments, and gives citizens the right to have trial by jury. Lastly, the article implies that the courts have the right to declare a law unconstitutional. 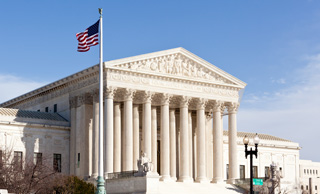 Article IV defines the relationship between states and gives Congress the right to pass laws to govern these relationships. It requires that the legislative and judicial actions of one state be honored by all the other states and gives a citizen of any individual state the same rights and privileges as citizens of every other state. Specifically, the article requires citizens who are accused or convicted of a crime in one state, and found in another, to be returned to the state where the crime occurred.

Additionally, the article provides the ability to add new states to the union, guarantees each state a republican form of government, and protects individual states against invasion or domestic violence.

The article describes the process for amending the Constitution and gives the states the right to ratify amendments.  Additionally, it gives both states and Congress the authority to start the amendment process.

Article VII requires that the Constitution be ratified by the conventions of nine of the states.

Amendments to the Constitution

The first 10 amendments to the Constitution are known as the Bill of Rights.  They were ratified on December 15th, 1791. 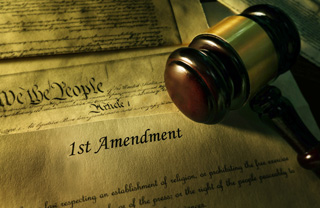 The Second Amendment establishes the right to keep and bear arms.

The Third Amendment makes it illegal for the government to house soldiers in private homes in a time of peace.

The Fourth Amendment makes unreasonable searches and seizures illegal and makes warrants illegal unless there is probable cause.  The Amendment also ensures that warrants are specific and state the place, person and things that may be searched. 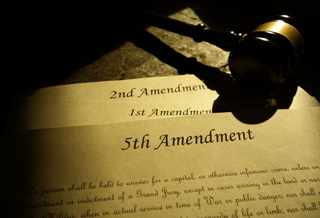 The Fifth Amendment provides protections for citizens accused of crimes. The Amendment requires that charges for murder or other serious crimes be started by a grand jury, prohibits persons from being tried twice for the same offense, gives people the right against self-incrimination, and protects persons from being imprisoned without due process of law.

Additionally, the Amendment does not allow property to be taken from a person without just compensation.

The Seventh Amendment extends the right to a jury trial to federal civil cases. 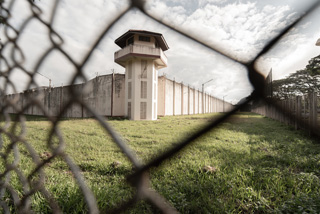 The Ninth Amendment states that listing specific rights in the Constitution does not mean that persons do not have other rights not specifically listed.

The Tenth Amendment states that the federal government’s powers are limited to those specifically declared in the Constitution.  All other powers are left to the states or the people.

Constitutional amendments are extremely rare because they require ratification from 2/3 of the states.  Since the Bill of Rights, only 17 have been ratified.  However, these Amendments have corrected historical injustices and made the country fairer and more inclusive. Some of the most important amendments have ended slavery and given women the right to vote.  The ability to amend the Constitution has made these critical changes possible.


Comments on The Constitution for Government Employees