Fighting Unconscious Bias in Your Workplace 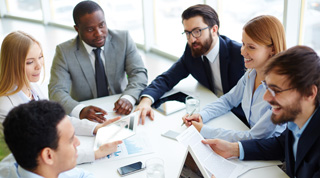 Category: Workplace Diversity
Author Name: TrainingABC
Posted: 07-26-2021 05:06 AM
Views: 535
Synopsis: Unconscious bias accounts for employee turnover and loss of employee morale.  Learn how to prevent it in your workplace.

Unconscious biases are stereotypes, beliefs and prejudices against certain categories of people that have formed subconsciously.  Often these biases are counter to conscious attitudes and beliefs and completely unknown to the person who carries them. Unconscious bias can cause talented employees to leave costing employers billions of dollars in turnover each year. Unconscious bias taints employment actions such as hiring, promotions, bonuses and job assignments reducing profitability and sabotaging the brand of the company.

How is Unconscious Bias Formed

Unconscious bias is automatic and unintentional, created from deeply ingrained stereotypes that are universal and able to influence behavior. It’s shaped by the media and our life experiences, changing how we see the world. The mind is exposed to 11 million pieces of information every second, but the brain can functionally deal with only 40.  Therefore, the mind creates shortcuts and categories to simplify decision making. These categories can include race, gender, appearance, age, wealth and countless other demographics.

There are several major ways that unconscious bias can creep into the workplace and influence employment decisions. 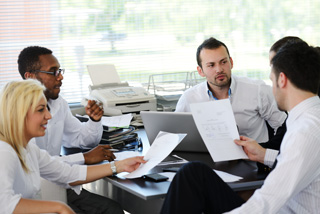 Micro-affirmations are tiny acts of opportunity, gestures of inclusion and caring that signal bias to chosen employees based on their backgrounds. If any of these biases affect employment decisions, it can be devastating to an organization.

Here are some common strategies to combat bias:

How to Combat Unconscious Bias

Combating unconscious bias starts with a thorough review of all the employment processes where hidden bias is found.  Bias is often discovered in the screening of resumes, interviewing, onboarding, mentoring programs, the assignment process, performance evaluations, promotions and terminations.

Some of the most common strategies to uncover and combat bias include: 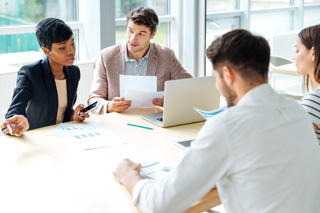 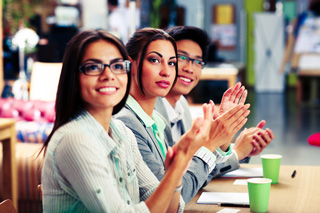 Companies with unconscious bias can suffer large financial losses from recruitment and training costs related to employee turnover. The Society for Human Resource Management predicts that every time a business replaces a salaried employee, it costs an average of 6 to 9 months’ salary.

Additionally, replacement workers may take one to two years to reach the production level of an existing employee. Employers lose revenue when they lack diverse thought and innovative perspectives. Unconscious bias leads to mistrust, disengagement, lowered employee morale and an increased likelihood of talented people leaving the organization. Recruiting efforts are damaged and companies are forced to hire from a smaller pool of talent.

Employees who were treated unfairly say their experience strongly discouraged them from recommending their employer to other potential employees. Because the majority of mid to high-level placements in an organization are made by referral, the similarity bias can create a compounding, regressive effect on a company’s diversity.

The costs of unconscious bias are high. From losing highly valued employees to eroding company morale, an organization can absorb great financial loss. Because these biases take root in the subconscious, companies must make conscious efforts to minimize their effect. Ignoring this task can lead to poor decisions, diminished earnings and unsatisfied employees. Taking steps to fight unconscious bias can increase retention and generate greater productivity. In the process your organization will become a much more fair and equitable place to work.

TrainingABC has a brand new video based training course on unconscious bias.  Check it out here.


Comments on Fighting Unconscious Bias in Your Workplace