Fighting Unconscious Bias in Your Workforce

All of us—including all of your employees—have unconscious biases. They are shaped by our life experiences. They place a veil over how they see the world and subconsciously direct us to make some decisions over others. And often, because the world is moving at such a rapid pace, these biases are virtually undetectable.

This is the reality. Yet this reality can become an issue in the workplace. Unconscious bias can affect many common workplace functions, from interviewing prospective employees to training and developing current employees. It can lead to extremely poor decision-making—regardless of your business or the size of your organization.

So what can be done? How can we fight unconscious bias in our offices? 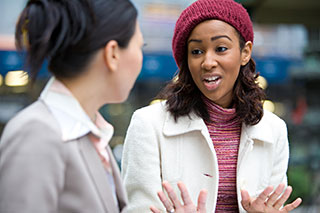 As always, it is useful to provide a simple definition of unconscious bias so that we can determine the best way to combat it. Unconscious bias (also called implicit social cognition) is bias that is the result of our brains making extremely quick judgments of people and situations. This includes both favorable and unfavorable assessments without a person’s awareness or intentional control.

As stated above, these judgments are generated by our prior experiences, along with our background and cultural environment. They are the result of our upbringing, our social structure, the ideas we have been exposed to, and even what we see in the media. For as much as we think that everyone is being treated equally, it simply may not be the case.

What’s troubling is that unconscious bias can be embedded in a workplace—specifically through policy structures and work practices. From the interview questions that you typically ask prospective candidates to your organization’s flexible work policy, your organization may implicitly be biased in favor of one particular group and in opposition to a different group. Because these biases are so hidden and subconscious, they can take root without any deliberate effort.

A Plan of Action 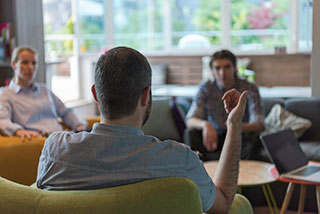 Yes, combating these biases is extremely difficult. Yet we simply cannot accept that these biases exist. By identifying them and intelligently combating them, we can make better, more rational decisions within our organization.

Next, you and your team need to implement what they learned in training. You need to call out unconscious bias when you see it. The question you and your team need to ask is: “Where is unconscious bias in my company and what is the impact?” This may lead to some uncomfortable conversations, but it is a necessary step. When encountering unconscious bias, you may need to implement new initiatives to combat the bias. For instance, your organization can leverage anonymous resume audits to prevent unconscious biases in the hiring of new employees. You can hold regular focus groups to discuss fairness and inclusivity within your organization.

These are just a few simple examples. You can (and should) develop more creative solutions. However you go about it, make sure that you and your team are calling out unconscious biases and are implementing processes and systems to minimize their effect

While unconscious biases exist all around us, we can act to diminish their effect. While the specifics may vary, you and other organizational leaders must take the lead. You must make it a priority.

By doing this, you will increase the odds that your organization makes better decisions in the future. Conversely, ignoring this task can lead to poor decisions, unsatisfied employees, and diminished earnings.


Comments on Fighting Unconscious Bias in Your Workforce