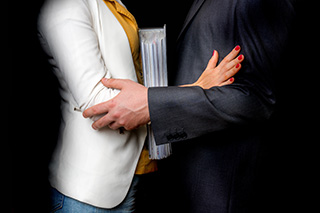 Whether you are a leader at a small or large organization, it is up to you and your compliance colleagues to monitor litigation in the labor law universe. Failing to comply with applicable rulings, including Supreme Court rulings, can lead to extensive fines (or even worse).

One of the more important U.S. Supreme Court cases that govern sexual harassment law in the workplace is Faragher v. City of Boca Raton. Decided in 1998, Faragher further interpreted Title VII of the 1964 Civil Rights Act—specifically when employers may be held liable for the acts of a supervisory employee whose sexual harassment of subordinates created a hostile work environment. It is important to understand the prime holdings of Faragher and how they impact your compliance efforts today.

The plaintiff in this case was a woman named Beth Ann Faragher. Faragher worked part-time as an ocean lifeguard for the Parks and Recreation Department for the City of Boca Raton. In her complaint, Faragher alleged that two of her immediate supervisors created a “sexually hostile atmosphere.” As part of this atmosphere, Faragher argued that she and her female colleagues were subject to “uninvited and offensive touching,” making lewd and inappropriate remarks, and speaking of women in offensive terms.

Because she asserted that her supervisors were employees of the city, Faragher sued the City of Boca Raton for nominal damages, costs, and attorney’s fees. After obtaining a favorable judgment from the U.S. District Court for the Southern District of Florida, the City of Boca Raton achieved a reversal in the Eleventh Circuit Court of Appeals. Faragher then appealed that decision to the U.S. Supreme Court.

The Supreme Court, in a 7-2 decision, held in favor of Faragher. Its primary holding was that employers are vicariously liable for actionable discrimination that is caused by a supervisor with immediate over the affected employee.

That said, employers do have an affirmative defense that they may absolve them from vicarious liability. That affirmative defense looks to the reasonableness of not only the employer’s conduct, but the conduct of the plaintiff itself. There are two necessary elements of this defense. First, the employer must have exercised reasonable care to prevent and promptly correct any sexually harassing behavior. Second, the plaintiff employee must have unreasonably failed to take advantage of any preventative or corrective opportunities provided by the employer or to avoid harm otherwise. Critically, however, the affirmative defense is not available to companies when the supervisor’s harassment leads to tangible employment action like discharge, demotion, or undesirable reassignment.

Ultimately, the Supreme Court found that the degree of hostility in Faragher’s work environment reached the actionable level. That hostile work environment was attributable to both of Faragher’s supervisors. Moreover, the City of Boca Raton could not rely on this affirmative defense, meaning that it was vicariously liable for the supervisors’ actions.

The Faragher case laid out in clear terms that employers may be liable for supervisors’ discrimination of their employees. That said, one of the more important elements of this case centers on the affirmative defense available to employers.

Even though the Faragher case was decided more than two decades ago, employers should take action on two fronts. First, they should implement mandatory training or other programs to ensure that their supervisory employees are not engaging in sexual harassment or discrimination. While companies cannot absolutely control the behavior of each and every employee, being proactive and making sexual harassment training a priority can certainly move the needle.

Along with this, employers must be proactive in responding to any allegations of sexual harassment. The affirmative defense in Faragher requires employers to “exercise reasonable care to prevent and promptly correct any sexually harassing behavior.” While the definition of some of these terms (like “reasonable care”) is vague, the bottom line is that employers must act quickly to investigate and correct any bad behavior. The definition of “correct” is also vague, but you may even want to consider firing or removing the offender employee to address the issue.

Even though the Faragher case offers an affirmative defense for employers, they cannot assume that the defense automatically applies to them. Ultimately, they must remain vigilant and take immediate action if they suspect that there is a problem.