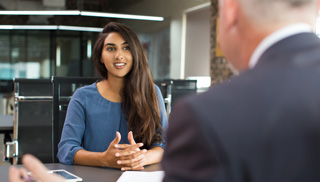 Category: Management/Leadership
Author Name: TrainingABC
Posted: 07-01-2021 05:29 AM
Views: 544
Synopsis: Learning how to conduct an effective job interview is one of the most crucial skills a manager can possess.

Conducting an effective job interview is one of the most critical and difficult tasks that a manager will face.  Whichever interviewing technique is used, there are fundamental strategies to decrease bias, improve accuracy and reliability, and keep the interview on track and on time that will dramatically improve successful hiring rates.

By the time the candidate walks in the door, the interviewer should have a pre-written interviewing plan with questions, follow-up questions and rating charts.  However, the content of questions is not the only important factor in an interview.  The interviewer’s reactions, demeanor, tone, voice inflection and even body language all play a role in the quality of candidate answers.

Interviewers must extract enough information from candidates to rate their competencies while staying within the structure of the interview.  Successful interviewers not only follow the plan, they employ every technique at their disposal to improve accuracy and reliability.  This attention to detail takes discipline, however it consistently results in more hiring successes. 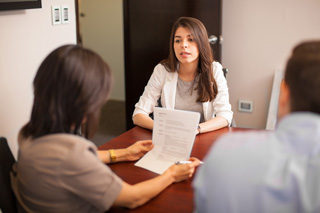 Traditionally, the beginning of an interview is the time for rapport building.  While this technique often makes the candidate feel comfortable and at ease, it’s fraught with danger.  Candidates often reveal information that is unrelated to the job and one innocent misstep could result in a potential discrimination claim.  Even things as simple as inquiring about children or someone’s accent could imply bias.

Additionally, impressions are formed in this phase.  Interviewers who fall prey to these impressions will spend the rest of the interview attempting to validate their beliefs either positively or negatively, and they may not even know they are doing it.  Psychological impressions color people’s judgments permanently and most of the time the effects are subconscious.

To limit bias, even this rapport building phase of the interview should be structured, both in length and in the questions asked.   Interviewers should use a couple of pre-screened questions and spend a small, set amount of time with each candidate.  This structure decreases the occurrence of bias significantly.

For many years, I started interviews with a lot of rapport building questions.  I wanted to get to know the candidates and make sure they were comfortable before beginning the interview.  However, I found some candidates easy to talk to while conversations with others felt awkward and stilted.  Looking back at my hires, I found that I almost exclusively hired the candidates that I felt comfortable around. 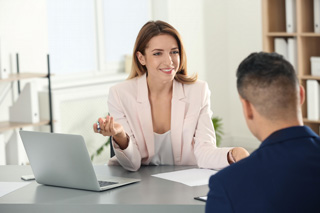 Feelings and intuitions are the single worst indicator of job success.  Therefore, limiting and structuring rapport building is essential to counteracting bias.

Detailed note taking is a vital part of interviewing.  If ratings are questioned, detailed notes back up decisions with solid job-related facts.  In court, interviewing notes are powerful pieces of evidence both for and against interviewers.  Notes must not only be thorough, but they must also cover job-related facts and details only.  Never make notes about a candidate’s race, age, national origin, accent, or any other detail that is not job-related.

Additionally, detailed notes make rating candidates much easier.  It’s not unusual to forget details only minutes after they were spoken.  Interviewers who take detailed notes are less likely to inject bias into ratings and have more accurate and reliable results from their interviews.

Interviewers must give roughly the same amount of time to every candidate.  This includes equal time for each question and equal time for the interview as a whole.  Allowing some candidates more time than others will imply bias and affect the quality of interviews.

This can be tricky because some candidates are long-winded and other candidates may need probing to provide an adequate amount of information.

The number one job of an interviewer is to find employees who will be successful in the job.  If candidates get off track or have difficulty giving you any answer at all, you won’t get quality information and your ratings won’t be accurate.

Let’s go over some techniques that help uncover reliable information and increase the quality of ratings while keeping your interviews an equal length.

Often, answers are incomplete, or the candidate can’t answer the question at all.  When this happens, it helps to use silence.

When I first started conducting interviews, I had the bad habit of interrupting when there was silence.  However, I found through experience that silence, although uncomfortable, is often necessary.  Candidates are hearing the question for the first time, and they need space to formulate an answer.  Resist the urge to fill the silence and allow the candidate time to think.

Using silence often results in a complete answer more quickly than interrupting; however, it’s critical that interviewers watch the time to ensure that it’s equal for all candidates.

Example Probing Question: “What were the specific steps that you took?”

Example Probing Question: “Could you tell me more about that?”

Example Probing Question: “What led you to make that decision?”

Probing questions are a double-edged sword.  When used correctly they are an effective way to clarify an answer or spark a memory.  However, when misused, they could guide or tip off candidates to the answer the interviewer is looking for.

Example Leading Question: “Are you sure there aren’t any other details you want to add about teamwork?”

Structured interviews are more effective with a pre-screened list of probes that are neutral and designed not to lead candidates.

Example Probing Question: “Is there anything else you would like to add?”

How interviewers verbally respond and interact with candidates has a profound impact on the quality of interviews.

Any responses that belittle, insult, criticize or sound moralistic imply bias and inhibit the candidate.  Subsequent answers will be of lower quality, and the accuracy and reliability of interviews will suffer.

Example Poor Response: “I’m surprised they gave someone so young so much responsibility.”

Example Poor Response: “That’s only a short-term fix, in my opinion.”

Example Good Response: “Thank you for that answer.”

Example Good Response: “That’s sounded like a difficult situation, thank you for sharing it.”

These answers are neutral, unbiased, and patient.  They strike a tone that doesn’t inhibit the candidate but also doesn’t imply bias.

Tone of voice is as important as the language spoken.  Impatient, bored, angry, sarcastic, or uninterested tones of voice lower the quality of answers, while upbeat, positive, engaged, patient and interested tones result in more accurate and reliable answers. 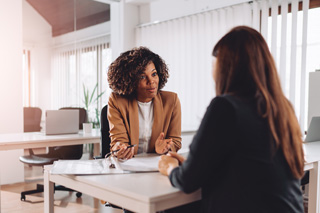 Body language is as important as spoken language.  Leaning back, crossing your arms, avoiding eye-contact, looking around the room, tapping your feet or playing with your pen are just a few examples of non-verbal communication that inhibit responses.

Whereas leaning forward, maintaining eye contact, keeping your hands on the side or in your lap, and focusing your attention encourages the candidate and results in better answers.

When I started paying attention to my body language, I was embarrassed to find that I fidgeted a lot during answers.  I was giving candidates the impression that I was bored and not interested in what they were saying.  Once I fixed this bad habit, I found that I received much more useful and detailed answers.

For structured interviews to be effective, they must stay on time and on topic.  Often, candidates ramble, get off topic, or provide answers to questions you did not ask.  In these situations, it’s vital to maintain control.  Allowing a candidate to hijack an interview destroys the structure and therefore the effectiveness of the interview. If this happens, politely interrupt, and get them back on track.

Example Redirection: “That’s very interesting, but I would like to hear more about how you solved that conflict.”

Example Redirection: “We seem to have gotten off topic a bit, let’s get back to how your team handled that problem.”

By using respectful and positive, but firm language the first time it happens, this will set a tone that keeps most candidates on topic the rest of the interview. 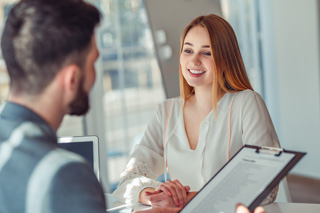 Rating systems are as varied as interviewing methods, but they all have one thing in common…they focus on competency.  In other words, is the candidate able to perform the position’s core tasks and duties at a level that will lead to success on the job?  Allowing anything that is not job-related to affect an assessment increases bias and thereby lowers accuracy and reliability.

It’s vital that interviewers rate answers immediately after they are given and not rush to the next answer and rate the interview when it is complete or worse yet, at the end of the day.

It’s natural to be biased by the most recent answer heard.  Interviewers must remain focused on the current answer and rate that response on its own merit.  Previous ratings should be covered so they are not visible.  Even though these ratings were just entered, this simple act increases the accuracy of the current rating.  It’s easy to become biased by a particularly great response and give the subsequent answers a higher rating than they deserve.  Conversely, a poor answer often results in unjustly lower scores on ensuing answers.

Note-taking is critical to ratings.  With detailed notes, interviewers can self-check their ratings for bias.  The best method is to compare notes and ratings from all interviews without viewing the names of candidates.  If similar answers have disparate ratings, bias may be the culprit.

By narrowing the interviewer’s focus to the job-related facts in the answer, the effect of extraneous stimuli like the candidate’s attractiveness, race, charisma, or personality is reduced.  When the interview is complete, and the final score calculated, the number determined by the rating system will reflect job-related skills, performance, and potential to a significantly greater degree than if the interviewer had used subjective ratings.

End interviews like they began…with structure.  Just like at the beginning of interviews, a lack of structure opens the door to potential legal issues.  End the same way for every candidate.  Thank them warmly and tell them when and how the hiring decision will be communicated. Treat everyone the same and never make promises or hint about decisions.  Make sure that every candidate receives the same information and the same respectful treatment regardless of their rating.

Conducting an interview is no easy task but with a plan, practice and discipline, any interviewer can improve their success rate.   Interviewers who follow these techniques will be able to select a candidate from a less biased and more accurate set of interviews.

People are the backbone of every organization and with so much on the line, interviewers have no choice but to use every technique at their disposal to hire great employees and avoid the disaster of poor ones.