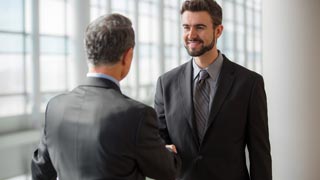 For over 100 years, three Acts have been the basis for U.S. anti-trust law – the Sherman Act, the Clayton Act and the FTC Act. These century old laws police anti-competitive business practices which harm consumers and ensure a vibrant, innovative marketplace that benefits everyone.

The Federal Trade Commission and the Department of Justice work together to aggressively enforce anti-trust laws. The penalties for breaking the law can be severe. Many anti-trust laws are both criminal and civil. Violators can face as much as 10 years imprisonment and fines as high as 100 million dollars or more. Additionally, private parties may sue in civil court and ask for triple the damages they incurred as the result of violations.

At the heart of anti-trust law is the consumer. If a practice has no legitimate business justification and it harms the consumer, then it is likely illegal.

Market division is an agreement to divide sales territories or customers among competitors. Arrangements to sell exclusively in certain geographic regions or to certain customers results in a lack of competition which harms the consumer and often results in a violation of anti-trust law. Group

A business may decide on its own with whom to do business. However, when a group of businesses agrees to boycott another business or individual, they may have broken the law. For instance, if a group of retail businesses threatens to boycott a manufacturer unless they cease operations with a competitor of theirs, their actions would likely be a violation of anti-trust law.

Supply chain arrangements are judged by the Rule of Reason Standard which balances an arrangement between its competitive and anti-competitive nature. For instance, consider a manufacturer who enters into exclusive contracts with most of their industries retailers. If this practice denies competitors the ability to be viable in the marketplace, they may be breaking an anti-trust law. The Rule of Reason Standard would be applied to decide the contracts are more anti-competitive than they are beneficial to customers.

Additionally, exclusive contracts between manufacturers and their materials suppliers can break anti-trust laws. Consider the example of a company that manufactures a product that cannot be produced without steel ball bearings. If this company enters into exclusive contracts with all or most of the ball bearings suppliers in the country, there would be no way for another company to enter the marketplace. This anti-competitive practice would likely be considered illegal because, with only one company in the marketplace, the consumer would be harmed by cost, quality, and innovation.

Businesses have a right to refuse to supply their goods or services. This is a fundamental right guaranteed by the Sherman Act. However, if this refusal is the product of an anti-competitive agreement with a competitor, then It likely is illegal. Manufacturers also have the right to set a minimum price for their products and to refuse to do business with retailers who break this arrangement.

Examples of unreasonable practices Using exclusive Supply or Purchase Agreements to deny resources or customers to potential competitors. For instance, if a pharmaceutical company demanded exclusive supply contracts from all the manufacturers of a key drug ingredient they would be making it nearly impossible for a competitor to enter the marketplace.

The same is true of purchase agreements. When a manufacturer demands long exclusive purchase agreements from a large percentage of retailers, it makes it difficult for a competitor to successfully enter the marketplace. Both of these practices result in higher prices and lack of selection for the consumer.

When a company with a monopoly demands that customers buy another product that they don’t have a monopoly on as part of a package deal, it can be considered illegal. This forces the consumer buy the package and takes away the opportunity to find a lower price or higher quality of the product they were forced to buy.

While lower prices are generally considered beneficial to consumers, low prices can be illegal when they are lowered with the intention of driving a competitor out of the market. This predatory pricing is only beneficial to the consumer in the short term. When the monopolist has driven its competitors away, the prices are raised…often to much higher levels…and the consumer suffers.

Lastly, a monopolist may not use refusal to deal as a predatory weapon. The Supreme Court ruled on a case where a newspaper refused to sell advertising to customers who also advertised on a local radio station. Because the newspaper enjoyed a near monopoly-level market share, this practice made it impossible for the radio station to compete because local companies could not afford to lose their advertisements in the newspaper. The court ruled in the radio station’s favor.

Anti-Trust law also covers discriminatory pricing or distribution of services. Services are allowances given to retailers or distributors such as advertising, brochures, facilities, or other benefits to assist in sales. When a company gives better pricing or more services to one customer over another it can be considered illegal. However, there are exceptions.

• A price given to match a competitor’s price.

• A price that reflects the costs associated with delivery, manufacture or other factors related to region or locality where the goods were sold.

The volume discount exception allows large retail chains to sell to the consumer at a lower price than their smaller competitor's even paid wholesale for their goods. Their purchasing power affords them a considerable volume discount.

The law also exempts manufacturers who sell goods in a company store. While this practice allows them to charge less than the retailers who buy their good wholesale, it is not illegal. The transfer of products from manufacture to the store is not considered a sale.

Mergers are often beneficial to consumers because they result in a more efficient organization that produces a higher quality product at a lower price. However, when a merger between competing businesses creates a monopoly and harms consumers it is usually blocked. Mergers endure a complex approval process but the vast majority are approved.

In conclusion, If a company dominates their sector of the marketplace due to superior quality, innovation, efficiencies, or service then their actions benefit the consumer and are considered fair and legal. However, when a company’s practices are anti-competitive and without a legitimate business justification they generally harm the consumer and are considered illegal.

When considering whether a practice violates anti-trust law ask yourself “Will this practice harm the consumer?” If the answer is yes then you may be in danger of a violation and further research and legal advice should be obtained.

Anti-trust laws have survived for over 100 years and they will likely survive for 100 more because they ensure a fair, competitive, and thriving marketplace which benefits everyone.