An Update to Sexual Harassment Legislation in New York 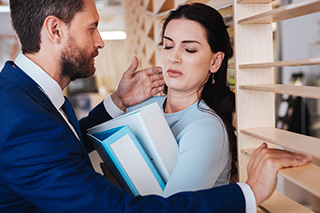 Category: Info
Author Name: TrainingABC
Posted: 06-25-2019 08:45 AM
Views: 4819
Synopsis: In the most recent legislative session important updates were made to New York's sexual harassment laws.  Every manager in New York state should be fully versed in these updates.

In the wake of the #MeToo movement, states across the country have started to enact legislation to combat sexual harassment in the workplace. The general idea is that organizations both large and small will take harassment more seriously if there are severe penalties for noncompliance.

This is especially true in the state of New York. On June 19, the New York Assembly and Senate passed anti-sexual harassment legislation that strengthens protections for both public and private employees throughout the state. With the passage of these bills (A08421 in the Assembly and S6577 in the Senate), New York has become one of the most forward-looking states in protecting survivors and deterring bad behavior in the workplace.

The New York State Assembly and State Senate legislation contains several key provisions that are designed to combat sexual harassment in the workplace.

One of the most prominent features of both bills centers on non-disclosure agreements (“NDAs”). In the past, victims of sexual harassment often could not speak about their experiences after a settlement due to the existence of NDAs. Under this legislation, NDAs could not bar a survivor from speaking out against all claims of discrimination (not just sexual harassment claims). Unless it is the victim’s preference to keep the claims confidential, he or she cannot be barred from speaking out. In other words, employers—no matter how much they want to keep sexual harassment allegations private—have lost the ability to legally bind survivors from going public about their allegations of any type of discrimination.

Significantly, the new Assembly and Senate bills remove the “severe or pervasive” standard from discriminatory and retaliatory harassment cases. The severe or pervasive standard excluded many forms of workplace mistreatment because it was difficult to prove. Instead of this high standard, a plaintiff can establish a claim of discriminatory or retaliatory harassment if he or she was subject “to inferior terms, conditions, or privileges of employment because of the individual’s membership in a protected categor[y].” This lower standard makes it easier for victims to establish discriminatory harassment. Even considering that employers do have an affirmative defense, it is only available if the harassing conduct did not rise above what a “reasonable victim of discrimination” of the same protected characteristic would consider petty slights or trivial inconveniences. This is a low bar for a plaintiff with a real claim of harassment or discrimination.

These are just some of the features of New York’s new anti-sexual harassment legislation. At a minimum, employers should read the new legislation and speak with their attorneys about how to best comply. That said, one of the best steps that employers can take is to reexamine their anti-harassment policies. Specifically, they should ensure that their anti-harassment training programs are accurate and comprehensive.

Finally, understand that you cannot compel the silence of survivors or compel arbitration to settle claims. The new legislation prevents you from doing so. Ultimately, if an employee decides to pursue a claim, you will need to be ready for the allegations to become public.

This new anti-sexual harassment legislation in New York changes the landscape for organizations both large and small. Ultimately, if you are a manager or owner of a New York organization, you will need to take some time to understand the legislation and your obligations under the legislation. Doing so will ensure compliance and help you create a safer environment for your employees.


Comments on An Update to Sexual Harassment Legislation in New York